The goal of eCommerce and digital directors is to help brands maximise commercial outcomes from their digital channels. And tackling customer service is just one part of this, so the amount of attention they can put there is often limited. However, a director’s leadership plays a critical role in how quickly a department professionalises and even its level of success. This is why, our coaches help directors develop a Commander’s Intent — something one of America’s greatest CEOs was all too familiar with.

Herb Kelleher was, as Fortune magazine noted, perhaps the best CEO in America. He has been called a visionary innovator, fierce competitor, outrageous, kind, irreverent and wicked smart.

As Forbes explained, Kelleher and the employees of Southwest Airlines created the greatest success story in the history of commercial aviation. They did it with a disruptive business model and a tough-to-replicate culture that business schools still hold up as the culture to aspire to.

Sure, everyone dreams of managing a team of go-getting, problem-solving, smart decision-making superstars, but few leaders can build such a team.

Kelleher did it in spades. In Buck Up, Suck Up, and Come Back When You Foul Up, Kelleher explains how he rallied his employees with a super-clear Commander’s Intent for more than 30 years:

I can teach you the secret to running this airline in 30 seconds. This is it: We are THE low-fare airline. Once you understand that fact, you can make any decision about this company’s future as well as I can.

Tracey, from marketing, comes into your office. She says her surveys indicate that the passengers might enjoy a light entrée on the Houston to Las Vegas flight. All we offer is peanuts, and she thinks a nice chicken Caesar salad would be popular.

What do you say?

You say, ‘Tracey, will adding the chicken Caesar salad make us THE low-fare airline from Houston to Las Vegas? Because if it doesn’t help us become the unchallenged low-fare airline, we’re not serving any damn chicken salad.’

Kelleher’s humour was as legendary as his business smarts, and his Commander’s Intent has guided the actions of Southwest employees for three decades, and contributed a large part to business results such as these:

Establishing a Commander’s Intent is a powerful leadership technique our coaches use to help eCommerce directors communicate the desired end-state for their department — and empower managers and employees in their daily decision-making along the way.

We help directors establish their intent when they first join us. And, we help them adjust it as their department matures and professionalises over time.  While it is clearly a powerful leadership tool, it is also deceptively simple. Down below are four things to bear in mind when developing a Commander’s Intent for your customer service department.

A Commander’s Intent is ‘strategic’ only in name. The term originates in the military and is used to direct tactical operations. In other words, it determines how decisions get made ‘in the field’.  As with Southwest’s example, a well-crafted intent acts as a basis from which others can develop their own plans, while maintaining the overall intention laid out by their director. As such, it provides the essential focus to concentrate customer service manager and employee activities.

3. Focus on your employees, not the customer

It may sound counter-intuitive, but your main focus with a Commander’s Intent is your employees, not the customer. As Kelleher also said, "Your people come first, and if you treat them right, they'll treat the customers right."

Southwest’s workforce has been recognized many times as being the most productive and with the best service ratings in the industry too. This means it can turn around more planes, faster, with fewer people, and better service.

4. Your KPIs will provide your checks and balances

“What gets measured gets done,” the old saying goes. And once you’ve set your Commander’s Intent, the ROBIN KPIs in your dashboard provide the checks and balances to make sure you are heading in the right direction.

There are two sets of KPIs: Shopper KPIs, and Operational KPIs — each with specific targets.

Together, these KPIs provide the ongoing checks and balances to your Commander’s Intent.

Are you clear for take-off?

To sum up: a strong Commander’s Intent will not only make it crystal-clear where your customer service is heading and what success will look like, it will empower managers with daily decision-making — and the ROBIN KPIs will provide the checks and balances on your journey towards that end state. Once defined and communicated with your coach, your Commander’s Intent will clear your service department for take-off.

You can contact Rutger, our Product Manager, if you’d like to know more about coaching or the ROBIN KPI Framework. He’ll be happy to help. 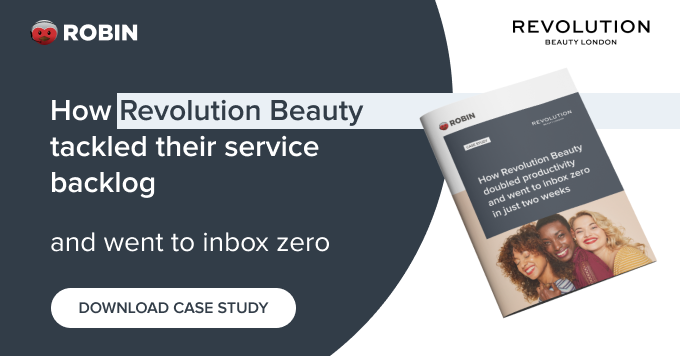